NJ Marathon: Striving and Achieving As One

Yesterday, May 10, 2019–on the 150th anniversary of the Transcontinental Railroad completion, I was at Promontory Summit in Utah. When I walked passed a large group of young children dressed with railroad conductor hats and blue and white pin stripe railroad uniforms, I asked them if they were going to perform a song in honor of the 150th Anniversary. They replied in happy unison, “yes!” This group was the Utah Children’s Choir. I asked them if they knew that the Chinese helped build the railroads. They replied even more energetically and in triumphant unison, “yes!!!” An hour later they would perform a piece titled “As One” that would move the audience of over 15,000 visitors on this special anniversary date.

Their song reflected the beginning of a new understanding; their enthusiasm empowered generations to share their untold stories. These young people—like MOCA’s Spike Ambassadors—are redefining the American narrative. I did not see one Asian face in the group of over 50 children, but they knew that “As One” we can do more than when we are divided.

This moment reminded me of the NJ Marathon Relay just a few weeks earlier. I had the wonderful chance to join Yue, Julia, and Sherry to run “As One” team. It was daunting to serve as the fourth leg for such a high-achieving (aka FAST) group of women. They were keeping an 8:30 pace for the first three legs…how could I possibly end strong at that pace? I felt that I could only let them down. As I was handed the wristband from Sherry, I remembered the Chinese ‘forerunners’ to America: the railroad workers. I recalled the stories of how Chinese men had survived through the un-bearable winter conditions, blasted their way through the im-penetrable Sierra Nevada mountains, and worked “As One” to connect the un-believable: West to East in America. I took the wristband and started to run. We finished in 3:48 “As One.”

As One we can do more than just one. #MOCASpike150 Running Forward with Our Stories 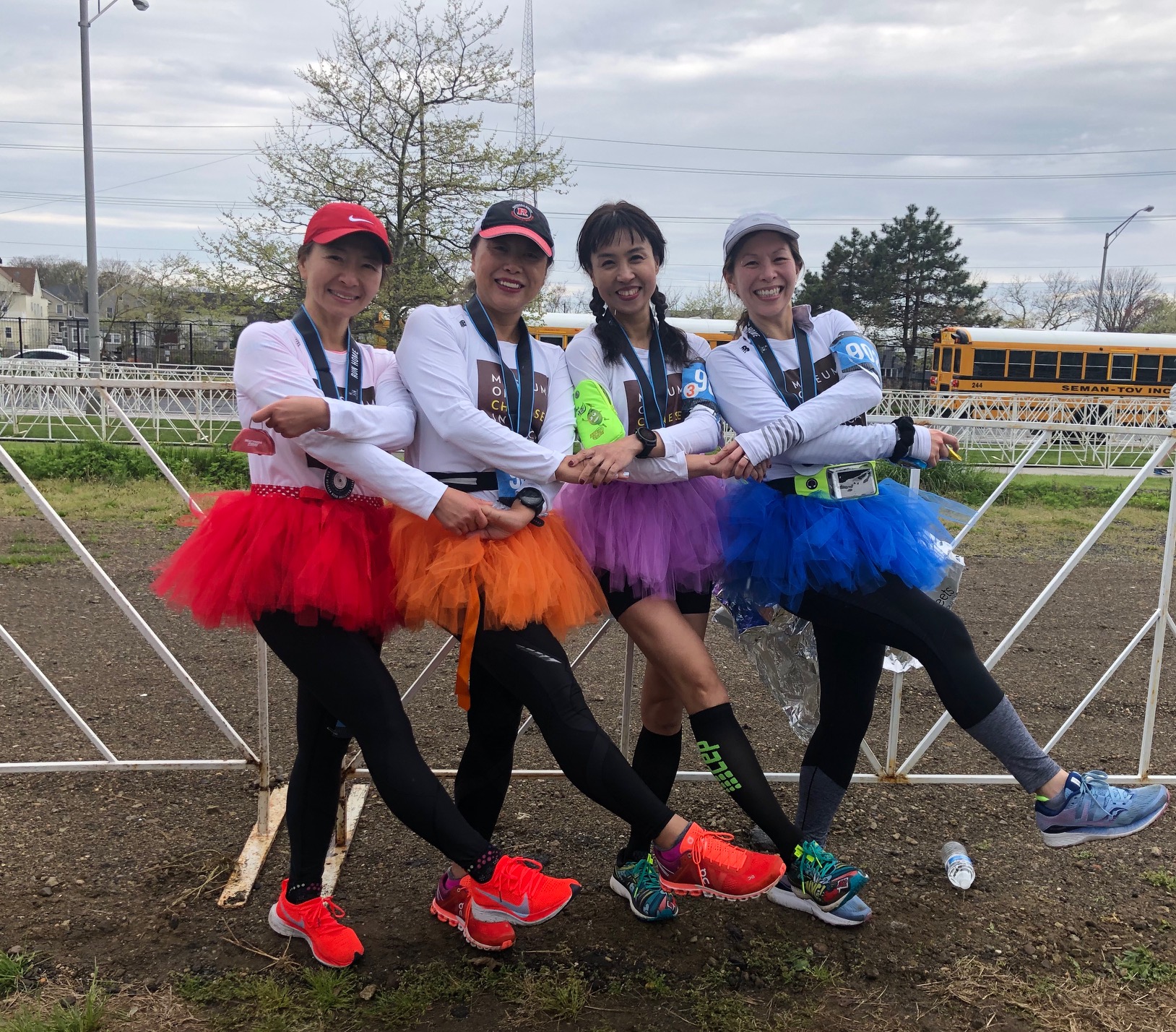