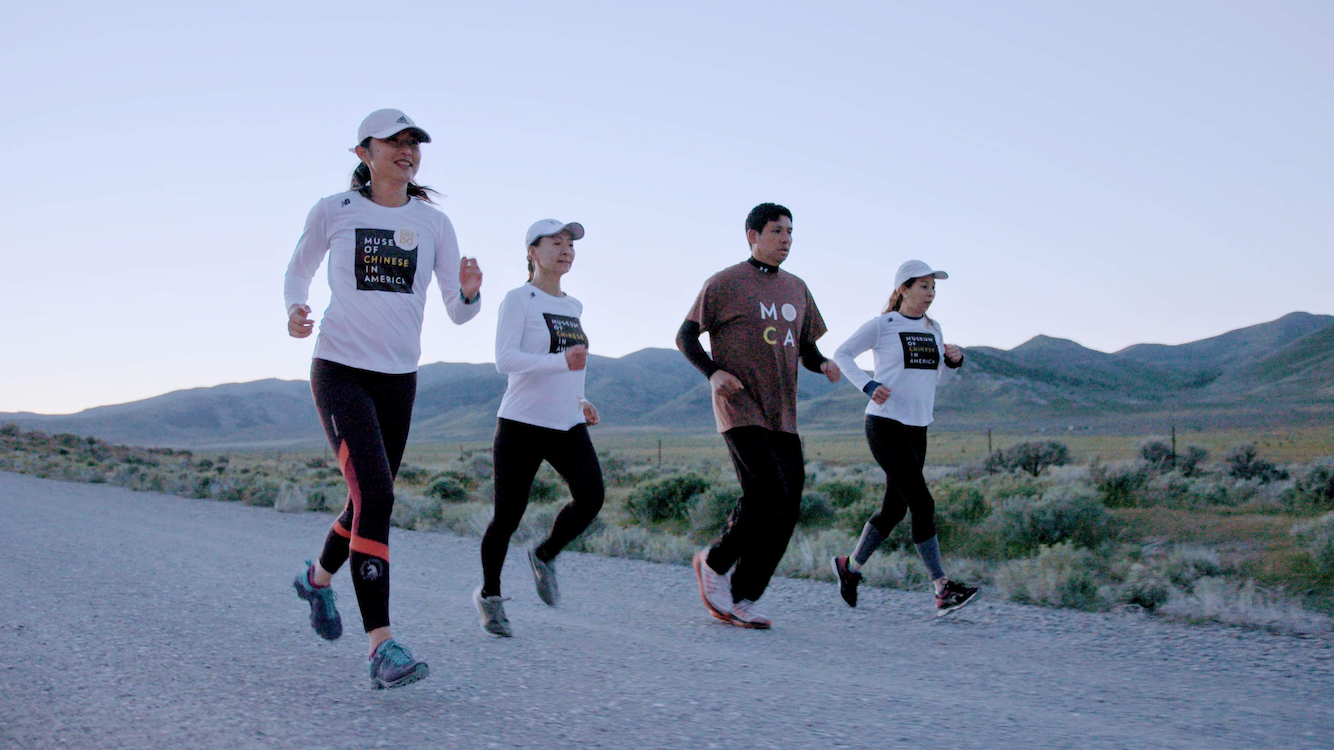 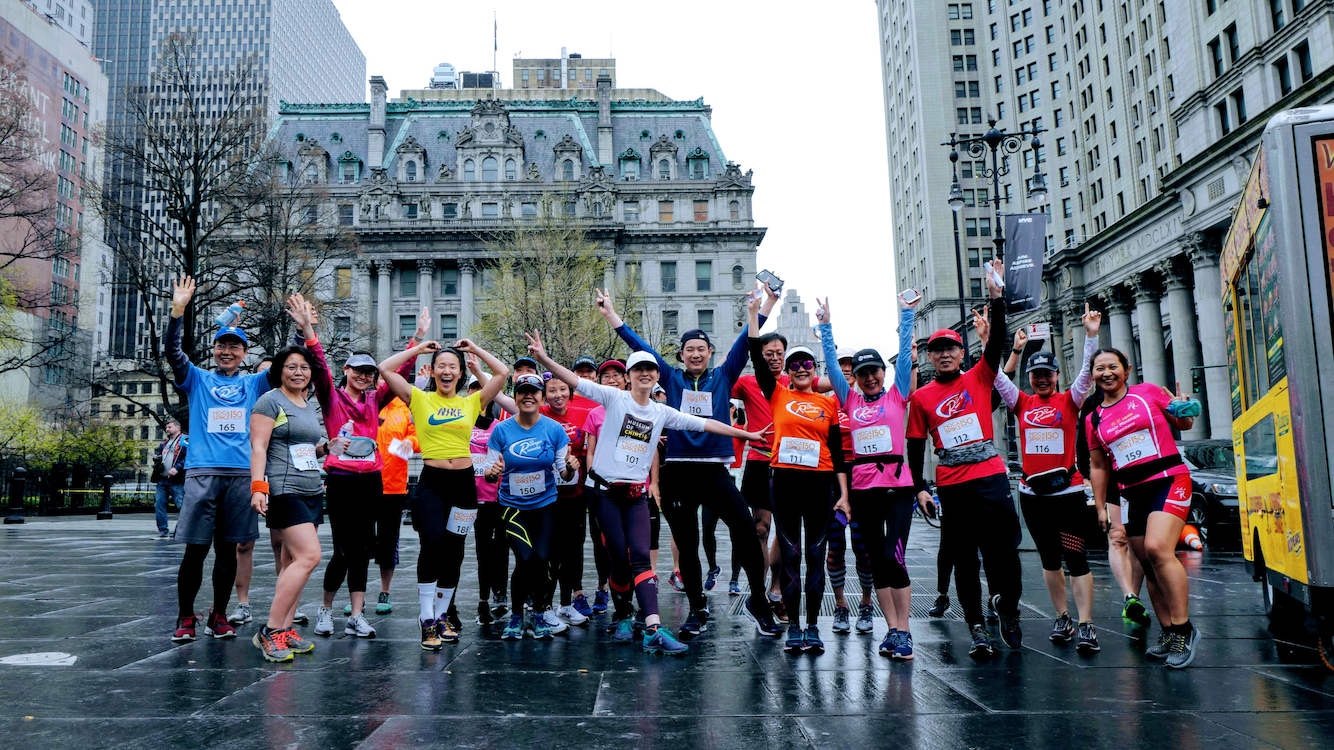 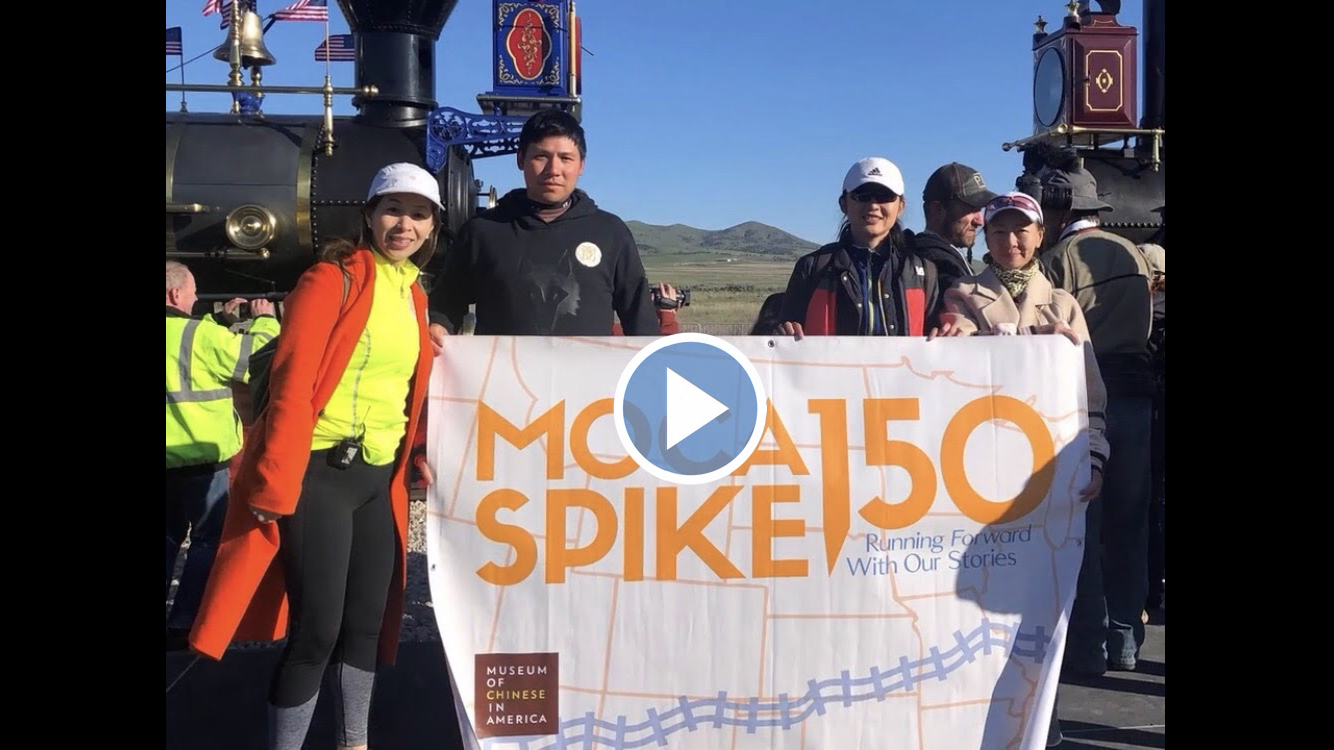 In 2019, Museum of Chinese in America (MOCA) celebrates the 150th anniversary of the historic moment when a golden spike was driven into the ground at Promontory Summit, Utah to mark the completion of the Transcontinental Railroad. To honor the thousands of Chinese railroad workers whose contributions have largely gone unnoticed, MOCA is launching a year-long initiative to commemorate and tell the history of Chinese people in the United States over the past 160 years. "MOCA Spike 150 - Running Forward With Our Stories" will rally 1,500+ runners across the country to collectively run 150,000+ miles, telling 150+ stories and organizing 15+ special events in order to fundraise to support MOCA’s effort to preserve and present the stories of Chinese in America.

The event will culminate in the TCS NYC Marathon on November 3, 2019. MOCA welcomes you to join us in this unprecedented initiative, and welcomes runners to follow in the footsteps of this country’s first pioneers and make history. 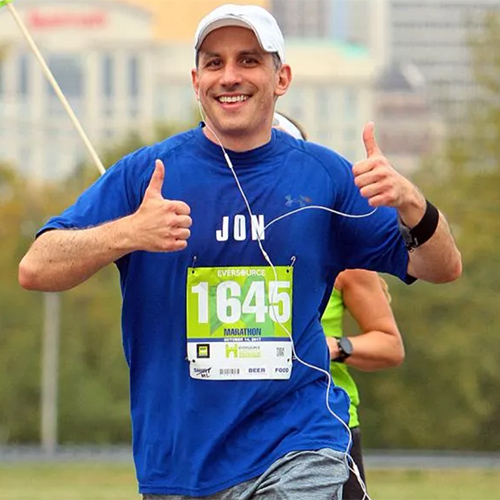 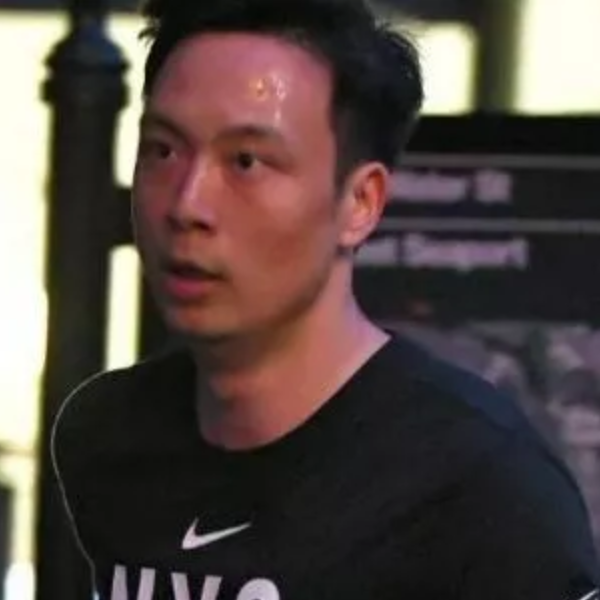 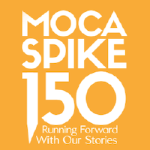 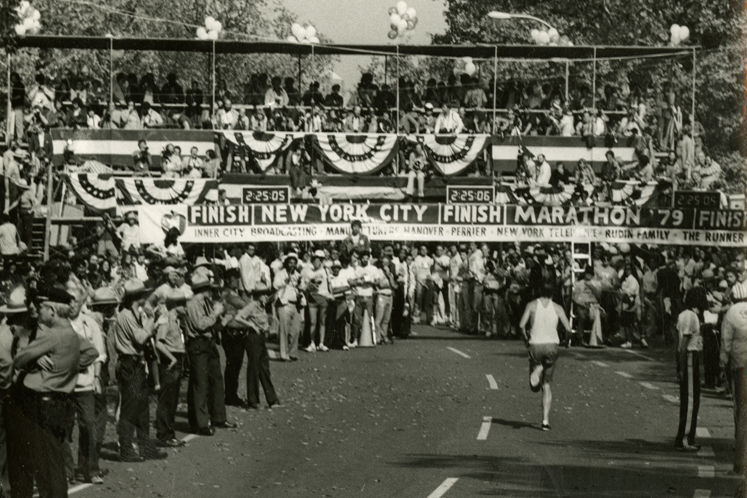 The first New York City Marathon was held in 1970 with a course entirely in Central Park. 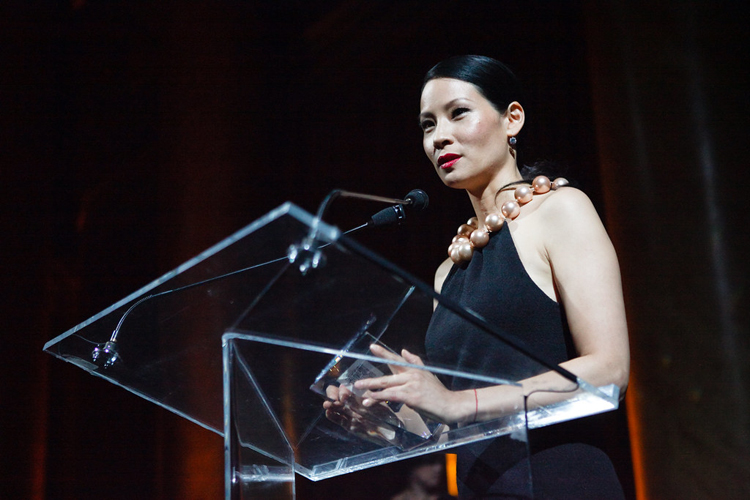 Lucy Liu is an American actress and director who has appeared in Hollywood TV and film classics since the 1990s. 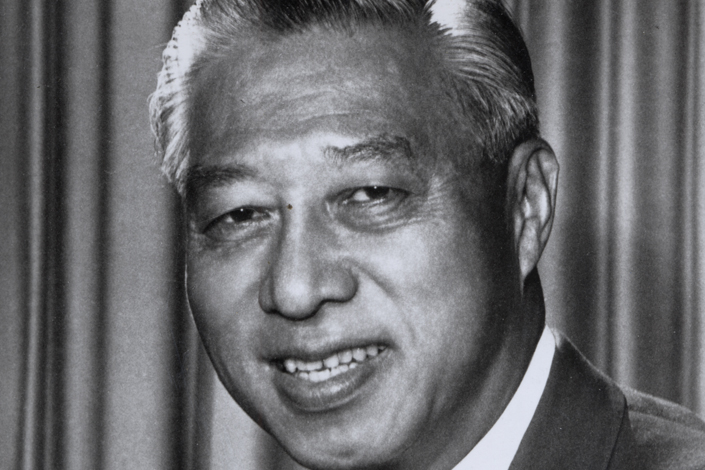 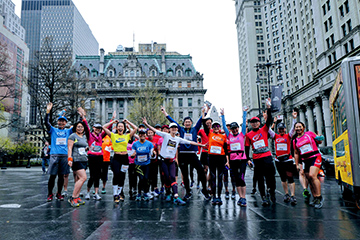 One day, two shakeout runs! Two speical fun run events will be hosted on 11/2 before and after the MOCA Marathon Pre-Race Festival. Both begin and end in MOCA where you can have your bag checked and clothes changed. Join us for a 4 mile pre-race shakeout or a 3 mile easy fun run, take part in a professional photo shoot against the breathtaking and classic backdrop of the New York City skyline! Your choice which one to join. Don’t forget to wear your MOCA Tee to take part in the photo shooting! Here are our winners:
Read more… 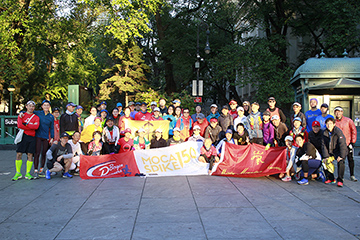 More than 30 weeks of continuiously planning and coding, countless nights of back and forth coordination, 34 major Chinese running clubs in North America’s participatioon, more than three thousand runners take turn to run virtually in period of 24 weeks, we can now finally annouce the winners of our unpresendented MOCA Spike 150 Relay! Here are our winners:
Read more… 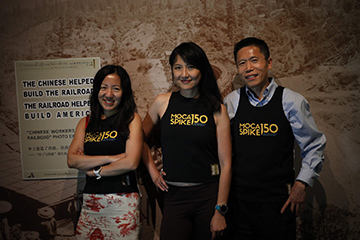 Dear MOCA Spike 150 Ambassador, First of all, let me express my highest appreciation to all of you for being a MOCA Spike 150 ambassador to support such an unprecedented big running charity event for MOCA. As we celebrate the 150th anniversary of the completion of the Transcontinental Railroad to honor the contribution of Chinese ancestry who toiled and gave their lives to build America into the country it is today, your participation allows MOCA to tell 150 untold stories in the making of America as many of us follow in the footsteps of this country’s first pioneers and run across the finish line in the TCS NYC Marathon on November 3, 2019.
Read more… 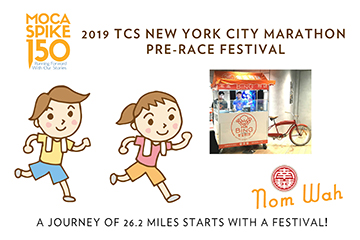 Join us for a buffet lunch, a mouth-watering “jianbing” (煎饼) from Mr. Bing, music, photo booth, museum tour, endless fun and a chance to meet with your fellow MOCA Spike 150 and TCS New York City Marathon runners around the country to wind down before the big day! MOCA Spike 150 relay award ceremony will also be presented to the top winners at 1:30pm.
Read more… 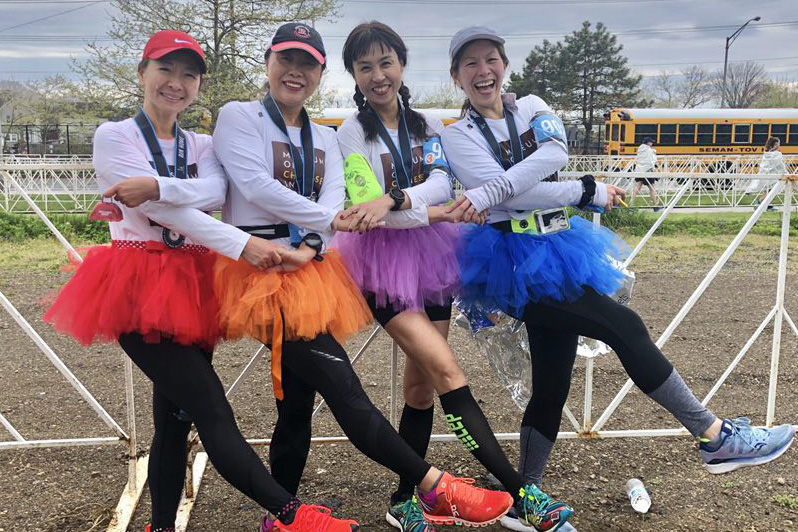 Yesterday, May 10, 2019–on the 150th anniversary of the Transcontinental On Sunday, April 28th, Julia Zeng and Sherry Sun joined Nancy Yao Maasbach, the President, and Yue Ma, the Director of Collections & Research of MOCA and comprise the MCOA Spike 150 relay team at the 2019 Novo Nordisk New Jersery Marathon, running a 26.2 mile race and finishing at 3 hours 48 mintutes 29 seconds.
Read more… 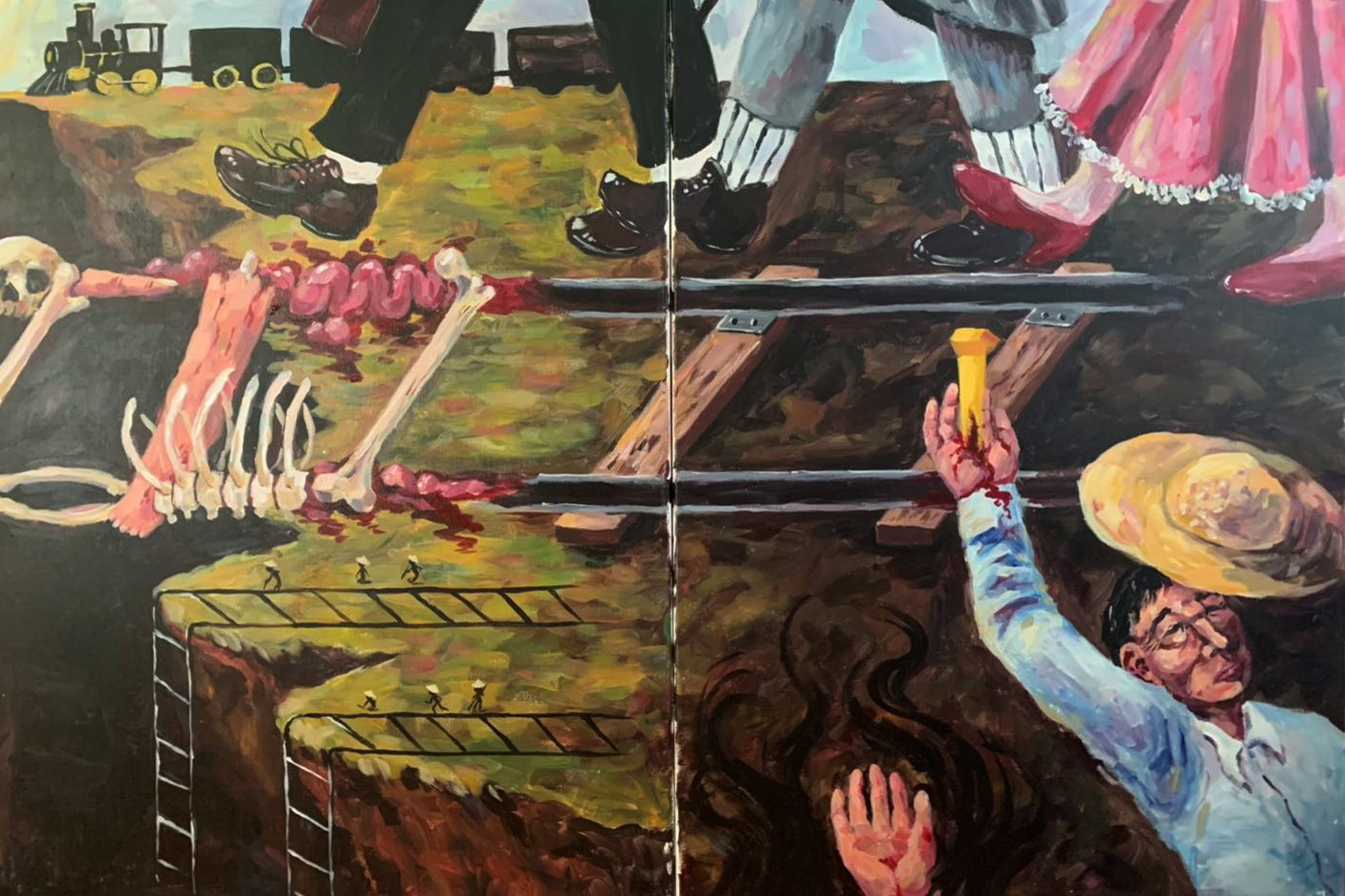 In this painting, I attempted to encapsulate the history of how Chinese migrant workers were exploited to build the first trans-continental railroad yet were barred from taking advantage of the benefits it offered. Branded as “perpetual foreigners” by widespread anti-Chinese sentiment, many of these migrant workers became victims of violent racism, riots, and massacres and were often forced to take refuge in the first American Chinatowns. As a result of xenophobic conditions, the Chinese Exclusion Act restricting all Chinese immigration to the United States passed in 1882, just a little over a decade after the planting of the golden spike in 1869.
Read more…